North Dakota is one such state of The United States which offers a perfect combo of food, fun and prosperity. As the geography goes, North Dakota shares international borders with the Canadian provinces of Saskatchewan and Manitoba in the North. Within the US, it shares borders with the states of Minnesota, Montana and South Dakota in the east, west and south respectively. North Dakota earns the status of ‘The Legendary State' for a plenty of reasons. There are some stunning natural locales, sumptuous delicacies to savour, warmth of life, a booming job market, low taxes and friendliness playing around.

Why Move to North Dakota With Moversfolder.com?

You may opt to move to North Dakota on your own. But getting it through some update source like Moversfolder.com has its bonus points. You connect with trusted and tailored moving companies licensed to move you through the state hassle-free. Then, you are in for some hand on suggestions from previous movers and experts. And all this comes for absolutely- free and with perfect ease. It is recommended to tune in to Moversfolder.com for an effortless North Dakota moving.

Reasons to Move to North Dakota 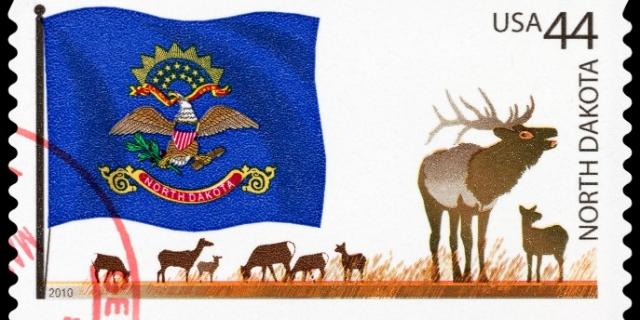 As a prospective mover to North Dakota, you will be all delighted to know the following good things about the state.

Immediately after your North Dakota moving, you should consider updating your driver’s license and vehicle registration. You need to do it in person at the DoT office paying the due fees. You are given 60 days to change your out-of-state driver’s license to the state of North Dakota.
You also require re registration of your vehicle in North Dakota. But full-time non-resident students and active-duty military personnel are exempted from this. Please also refer to dmv.org for specific details and assistance.

Though North Dakota is frequented by less tourists, yet the state has its own charm and many places of interest. Here are some cool attractions in North Dakota: 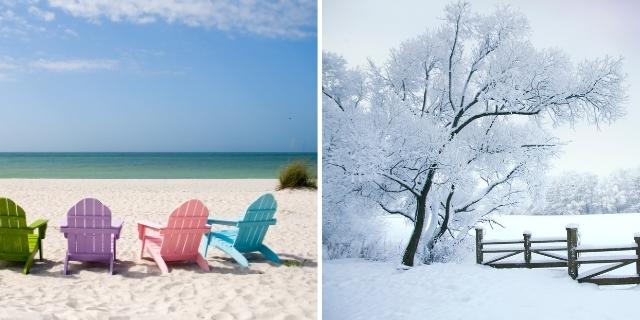 North Dakota has continental climate marked with ups and downs in temperature. This is not correct to say that ND is cold throughout the year. June to August is the summer season with temperature averaging 28˚C(82˚F). The mid-September autumn is pleasant with 20˚C (68˚F). Late march through early April is the springtime in the state. Yes, the winters are cold and biting with temperature dipping to -4˚C (24˚F). In fact, the winters can be extremely harsh sometimes. The season can extend long with chilling winds hitting you all day. The temperature can even fall to  2°F ( -16°C) to 17°F (-8°C) in January in extreme seasons.
North Dakota is not free from natural disasters just like other states. There are heat waves, floods, wildfire incidents, windstorms, tornadoes, and earthquakes.

What Are the Best Places to Move to in North Dakota 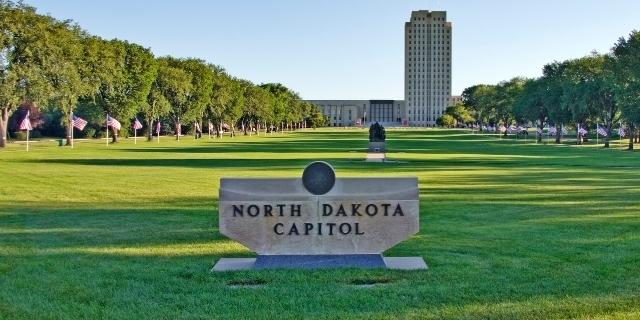 North Dakota is quite a lively and charming state. People prefer to move to the following places in the state:

North Dakota is number 15 on the list of states with good schools. Furthermore, the state of North Dakota is also known for some prestigious higher education institutions like:

Some of the Most in Demand Professions in the State of North Dakota are:

North Dakota residents having federal income tax filing requirements need to file individual income tax returns.  The personal income tax ranges between 1.15 to 2.9% (as per 2017 guidelines). The rate varies with the income and tax bracket in which the individual falls.
The general sales tax in the state is 5%.

Ready to Move to North Dakota?

If you are all set to moving to North Dakota, it is suggested to be aware about the following points too:

As you move to North Dakota, you require an identity card and ND driving license. If bringing your own car in, you also have to get your vehicle registered in the state (military personnel and non-resident students might be exempted from the re registration for which you are recommended to see the state registration authority website).

North Dakota has also its own share of weird laws (in fact, every state has) which you may at times find amusing. For example, in Fargo, it is illegal to dance with your hat on and you should not take a nap while wearing your shoes. In Waverly, you should not allow horses to sleep in the bathtub.

Some Valuable Add on Points in Moving To North Dakota Guide

An early planning enables you to discuss thoroughly with your family, relatives and friends that matter. Additionally, you need time to rethink, research about the state, explore academic and work prospects, study lifestyle and culture of the new state and yes, organize your prospective move. (Suggested reading on Moversfolder.com: How to organize a long-distance move).

For such a life changing move, you need professional hands. Do not fall for movers who lack the required expertise or authority to operate in North Dakota. There are some cool searches available today which connect you with the professional North Dakota movers. Visit hiring professional movers and moving company quotes on Moversfolder.com. Just enter zip codes of your locations and get an authentic update about the legitimate movers.

Before you move, ensure you move with minimum baggage. Do not carry the stubborn or hefty stuff which will be a costly and tedious exercise. It is better if you discard or donate, even sell such items and move light and smooth.

It is advisable to search about living in North Dakota before your actual move. There is nothing like it if you have a friend living there who can be your authentic guide. Housing is an important factor to consider as your plan to shift your family to North Dakota. See if they would fit and be ready to adapt to the new life? The average property price in North Dakota is about $150 /square feet.

It is important to preserve your moving related documents such as moving contract, billings and receipts etc. in case you need a reimbursement from your company which has a policy of taking care of your relocation. Also, some professionals might also be eligible for tax rebates on moving expenses.

Allow Yourself Some Rest After the Move

After a long-distance move, you deserve a much needed break before you start life afresh. Compliment yourself with a chilling break and get rejuvenated to embark on a new journey at a new place. The rest chill-will be taken care of by the quaint and serene ambience of North Dakota coupled with nice neighbours which are often a part of the state culture.

It is not advisable to procrastinate the documentation and registration formalities unnecessarily. Start your documentation processes and have identity cards and licences updated soon.

For those fancying a peaceful and serene life with not much crowd around, North Dakota could be a bliss. Moversfolder.com wishes you a happy moving and strives to update you from time to time with the best ways to move and a delightful post-moving life.

Search Movers In Your Area

Thank You For Using MoversFolder.com

We Have Sent You An Email with the list of Moving Companies Who Will Contact You With Their "FREE" And "No Obligation " Quotes.

We will discuss it later with Movers

Have the "SAFE MOVE"

Movers Folder is a platform which offers the free quotes to the people who seek for moving and storage services. We understand that providing the moving quotes isn?t a cakewalk. It?s possible for the Movers Folder only because of years of experience in the moving industry with an efficient team which is capable of presenting an affordable quote with a vigilant observation on the growing market demands.