New York City is the most popular and vibrant city of the United States. Located at the south-eastern tip of New York state, NYC sits on the mouth of Hudson river and actually comprises five boroughs namely Manhattan, Brooklyn, Queens, Staten Island and the Bronx.
New York City is a youthful, vivacious and prosperous metropolis. There are some magical settings, shimmering lightings, beautiful locales, stunning skyscrapers and boulevards. For an ambitious person with dreams, solid work plans, academic aspirations and vying for a buoyant urban life, New York City is the place to be. A world full of opportunities, you can say. If you are destined to shift your base to New York City, you are actually going to have a bite into The Big Apple.

Why Move to New York City With Moversfolder.com? 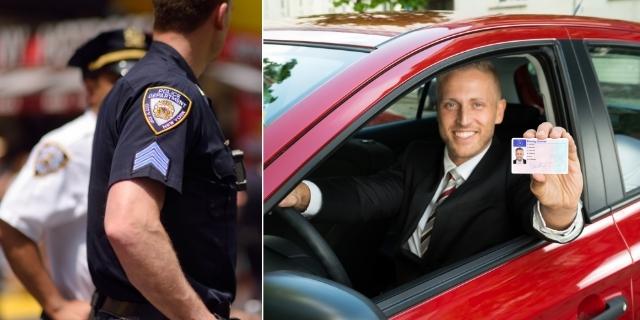 If you are moving to New York City as a permanent resident, you need to transfer your out-of-state driver’s license at NYSDMV within 30 days. You have to appear in person at the office. But, students who are in New York City for studying purpose and are not residents need not transfer their driver’s license.
The process of registering an out-of-station vehicle in NYC is somewhat similar to getting a new vehicle registered. It is recommended to visit the official DMV website for specific requirements.

Please also note that all vehicles registered in New York need a safety inspection at a DMV licensed station every year and also when the ownership changes.

We assume you find yourself capable enough to sustain in a commercial and expensive setting like NYC. Still, it is recommended you update yourself about the average monthly costs required for a family like yours. Any person putting up at the metropolis of NYC will be able to give you a near idea. Then there are several authentic websites and paycheck calculators which will tell you how you are going to fare at your next destination.
It is estimated that a single bedroom apartment in NYC will cost more than $2000 (in City Centre) and nearly $1500 (outside the City Centre). The land is extremely expensive too with the per square meter price crossing the $8000 mark in the city premises. The rates vary with the locality and borough. Manhattan is most expensive whereas the Bronx is least expensive.

Spread over 800 acres, the park is a delight for the visitors. The one of its kind park is located in the heart of Manhattan.

The famous Empire State Building is picturesque and is a renowned skyscraper in NYC. The lightning of this building is mesmerizing. Located in Manhattan, this is a must visit spot.

This small but lush green park in midtown Manhattan is an oasis of peace. There are tranquil corners and chairs for the visitors.

The Metropolitan Museum of Art

This is beyond doubt the most frequented museum in NYC. There are more than 5000 years old art forms preserved here. A great place for art lovers, historians and learners.

A not to be missed NYC happening spot. Times Square is abuzz with activity all throughout. The LED lights at night cast a spell.

One of NYC landmark spots and an absolute treat for walking. The place shows the city skyline in an amazing way. The sunset at this place is pure thrill.

The Statue of Liberty

Can you miss on The Statue of Liberty? This is what NYC is famous for. It is a national monument of The United States and was gifted to the people of The US by France as a token of friendship. The 93 meters high statute is located on The Liberty Island in upper New York Bay. The Statue of Liberty Museum is also a must see.

The city experiences all the four weathers. It has been noted that the summer temperature remains around 20˚C – 28˚C and winter temperature may dip to -3˚C. The spring season (March-April) is pleasant with the average temperature remaining near 15˚C. The spring season is also marked with sudden rains. Autumn season falls on the city around the mid of October with the temperature of 10˚C-18˚C. Expect snow in December and be aware that January is going to be the coldest time of the year. (-3˚C).
Natural disasters like floods, winter storms, hurricanes have been known to hit NYC, though tornadoes and tsunamis are less common.

What Are the Best Places to Move to in New York City? 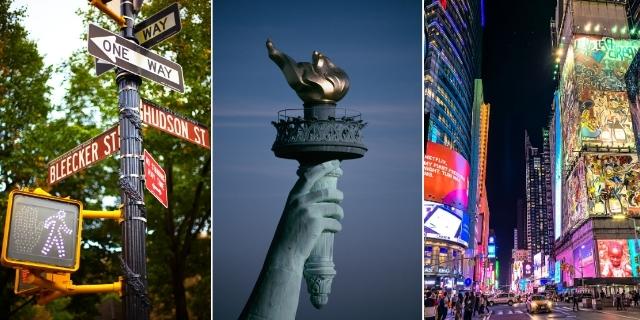 New York City is marked with multi-flavored boroughs and neighborhoods and is a good city to bring your family up. Here are a few localities which are most picked up:

Harlem is towards the north of Manhattan. The place has cultural vibrancy and is known for community spirit. Harlem is considered a nice place to raise a family. The rents are a bit lower and there are some good parks and kids’ interest spots. And yes, Central Park is nearby.

This area is to the south of Manhattan. This area is well-connected and has two good public schools -Stuyvesant High School and PS 276. Though a bit expensive, the place is comparatively quitter.

This is also considered a good neighbourhood with plenty of kids’ play areas. There are some good schools too here.

Riverdale is the northernmost part of New York. This is also a cheery place with some good parks (like Van Cortlandt Park) and Bronx zoo. Riverdale is also among the good family neighborhoods.

Located on the ridge of New York, this is a bustling place with some scenic views and peaceful ambience.

New York has more than a hundred higher education institutions of national importance. The dynamic city of New York is known for imparting quality education in various disciplines. Some prestigious institutions are:

Working and settling in New York City is a dream of many. Just have a look at the promising careers in NYC.
The highest paying jobs in NYC are:

New York City is one of the few cities which has its own income tax. The residents of NYC might be irked for paying to the state as well as the city. The IT rate depends on the income slab one falls in. The sales tax in NYC is also additional to the state sales tax. 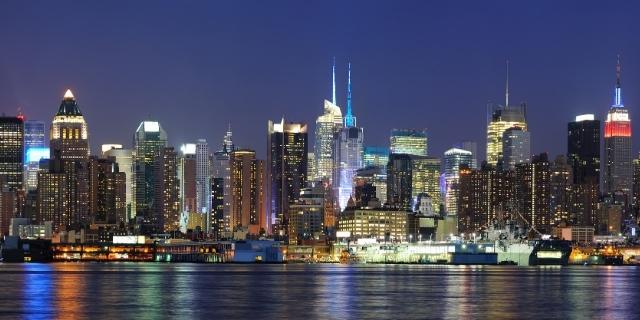 If you are ready for the big move, keep in mind this moving to New York City guide for a hassle-free move.

Plan Your Move Well in Time

As a sensible mover, you should take into consideration all factors, right from cultural shock to finances, sudden shift in the pace of life to the new regulations, before you pack your bags for New York City. And this obviously will need thorough introspection which further needs you to plan your move well in advance. A timely planning will allow you space and time for proper packing and doing away with the unnecessary things.

Never Move With the Stuff that is Not Required

Keeping in mind the cost of space and land in NYC, it is not advisable to waste money on oversized move. Cut down your moving size and move light to save money and hassles.

Move in the Right Weather

Unless bound by unavoidable circumstances, you should avoid moving in the winter season when there is too much cold and ice around. Many people pick spring season for moving. You should also update about the temperature pattern in NYC.

Check With the New Management for Move-in Norms

In NYC, the building you plan to move in might have some guidelines laid down by the management. As a new mover and a potential resident, you are expected to know and follow them. Just like there may be timings when moving in is not permitted due to traffic or street blocking (during peak traffic hours or some other local reasons). You are advised to research a bit about professional moving tips and guidelines of the locality and management and best time to move.

Moving into a clamoring and commercial place like NYC, you cannot throw yourself to amateurs or unprofessional movers. It is always advisable to go for authorized and time-tested movers only. Here at Moversfolder.com, access licensed, insured and top-notch movers with proven track record, who will help you in a safe and efficient transition.

Stay Safe With Your Critical Documents

Moving to a metropolis like NYC will require your essential documentation to be up to the mark. Thus, it is advisable to start doing the needful formalities to update your necessary documents well in time. While packing too, take special care while sorting your must-have documents like social security cards, driving licenses, electoral cards and identity proofs. If you are moving with the pets, check their vaccination records too. While shifting base, you should also have their copies/images in your gallery. Just in case.

Better if You Leave Your Car Behind

Mind it that NYC is a crowded place with loads of traffic. The public transport system is quite reliable and swift. If you consider shipping your personal vehicle into NYC, give it a second thought. First, the shipping costs will be exorbitant. Second, the effort is not worth it as there are parking costs, heavy traffic, tolls and insurance issues. If you must move your car in, think of these factors beforehand.

Keep Patience as You Step Into New York City

There is every possibility that you will feel sort of alienated as you enter New York City. You are suddenly hit by a high paced life. Some people might even think of running away. But, slowly and slowly, people fall in love with the city which has a lot to offer. So, keep patience and allow yourself some time to slip into the ways of the city.

Keeping in view the high costs in NYC, many people opt for shared accommodations. If you wish to share, some popular sites that might be helpful are Metro roommates, New York Apartment and Spare room.

Install Subway App on Your Phone

Public transport being safe, reliable and efficient, it is good if you install subway app on your smartphone. Subway is great to commute short distances, for it is being even faster than taxi. Another suggestion is to go buy a Metrocard. It is easy and you don’t have to pay for every single ride.

New York City is a place with a lot of hustle. Try to respect the people’s time and norms. It is considered annoying in NYC if you just stand in the walkaway and start clicking pictures of the scenery around. People may be desperate to reach their jobs.
Well, that’s not all for The Big Apple – a nickname for NYC. There will be a lot more things to consider but the above guide prepared in a simple lucid style should help you a lot in your joyous transit to one of the most amazing cities of the world.

Search Movers In Your Area

Thank You For Using MoversFolder.com

We Have Sent You An Email with the list of Moving Companies Who Will Contact You With Their "FREE" And "No Obligation " Quotes.

We will discuss it later with Movers

Have the "SAFE MOVE"

Movers Folder is a platform which offers the free quotes to the people who seek for moving and storage services. We understand that providing the moving quotes isn?t a cakewalk. It?s possible for the Movers Folder only because of years of experience in the moving industry with an efficient team which is capable of presenting an affordable quote with a vigilant observation on the growing market demands.